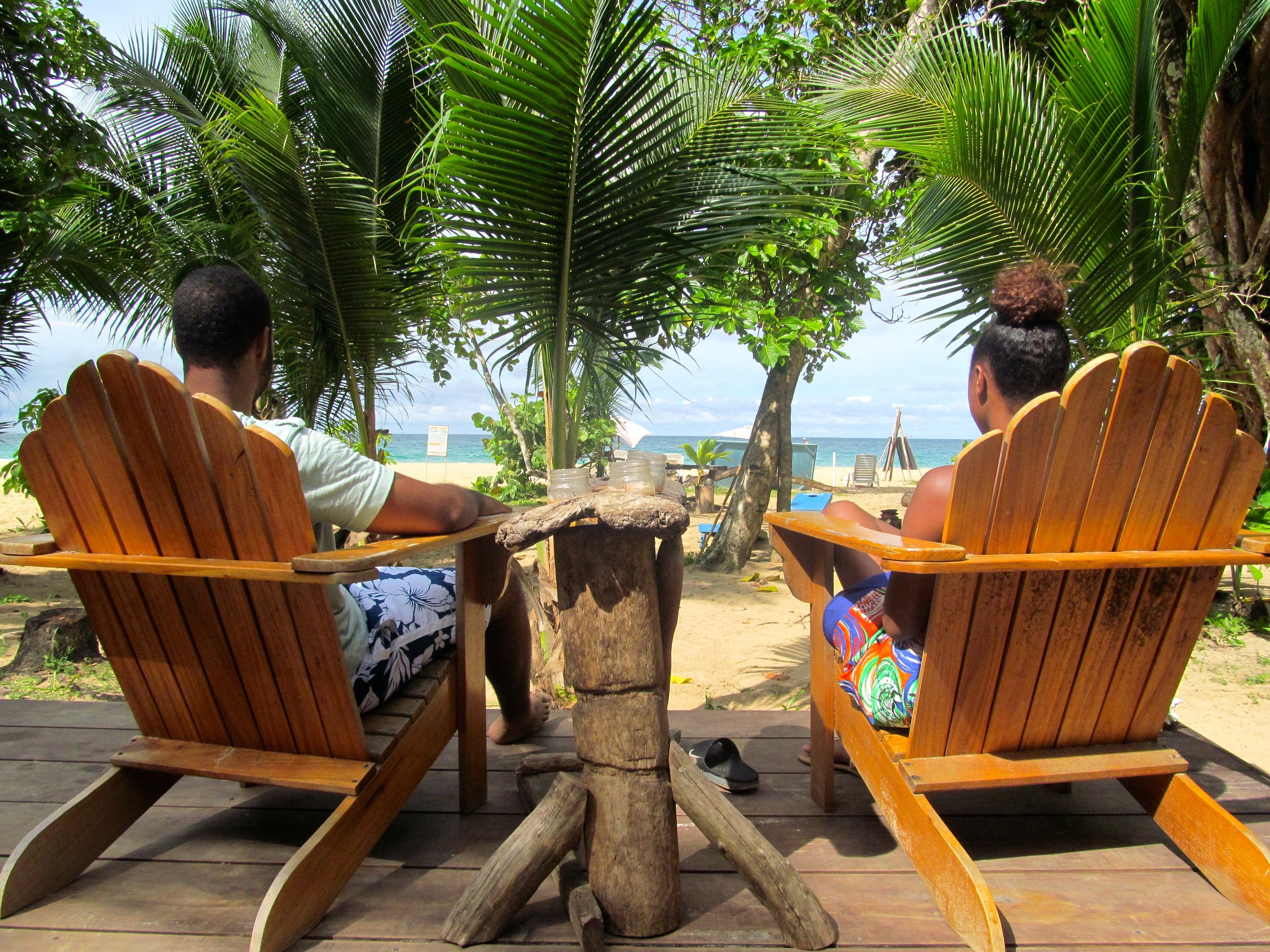 In this month’s Interview Series, I am highlighting this awesome traveling couple – CoolYoungHistory! When I first set out on my “journey,” Amirah was one of the first people that I reached out to! We make sure to stay in contact to vent and motivate each other from time to time – it is awesome to have someone that sees and understands “this life.” Anywhoo…

She and her hubby Rell are currently frolicking in Europe!

Check out this interview on how they were able to jump ship, travel the world for CHEAP, and create a Cool, Young, History! 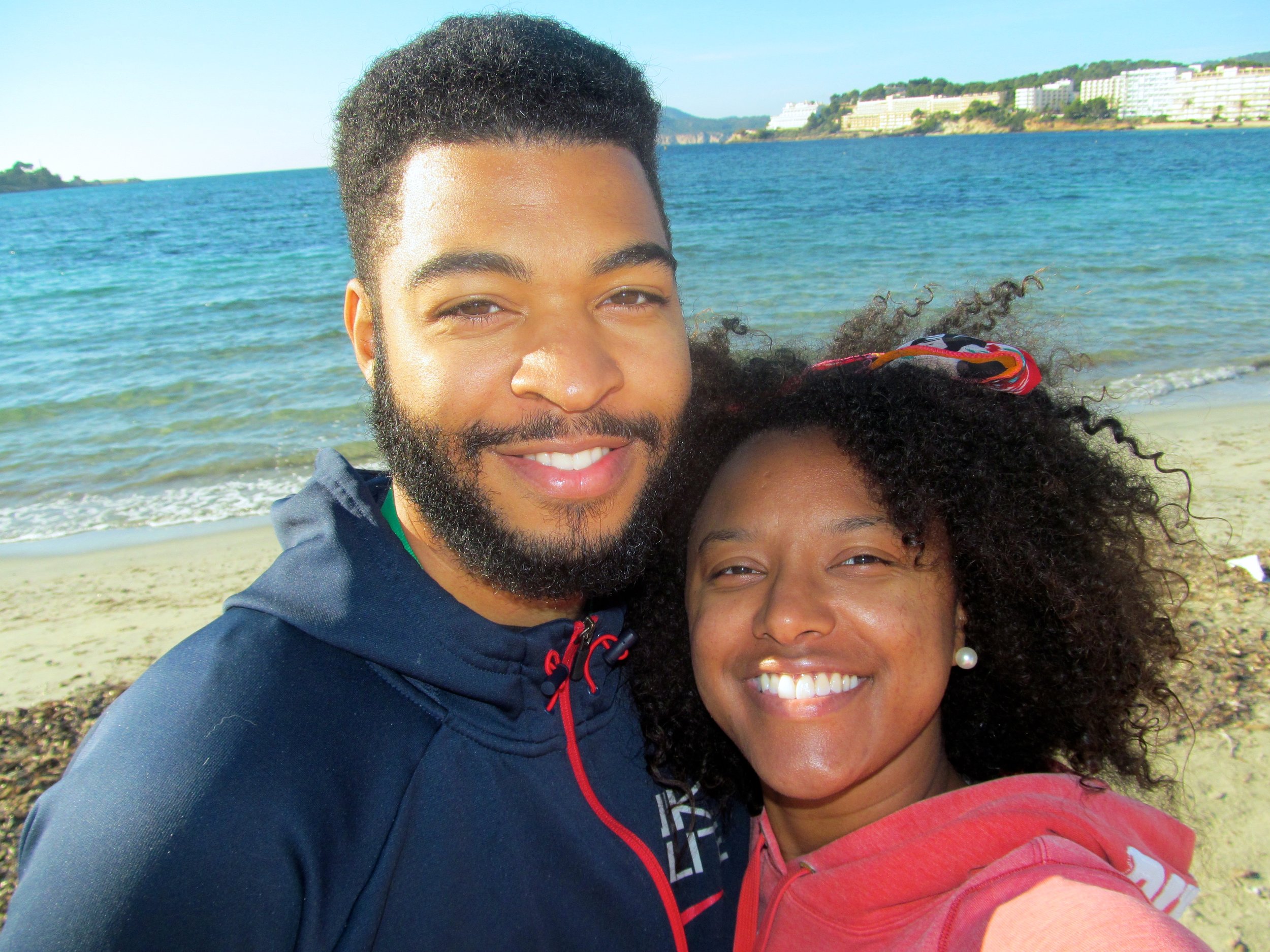 Q: Hi there! Tell the world about who and what is “CoolYoungHistory”!

A: Hey, we’re Jarrell and Amirah Cook, two newlyweds that walked away from Corporate America, sold everything and embarked on a journey around the world. Cool Young History is a spark of light that shines within everyone, whether you choose to feed or dim your light is up to you. Traveling the world as we create the lifestyle we want is our cool, young history. We share our story while highlighting the light in others with hopes of igniting the fire within you.

Q: What was life like before you both decided to set out to travel the world?

A: Before traveling the world, we were following the cliché life plan: college, career, marriage, mortgage, children, etc. I was an executive in retail, while Jarrell worked for the government. We did not want to spend our days apart, working for money, hoping to one day afford to follow our dreams, so we quit comfortably. Being well traveled was a common goal of ours, so we chose to sell everything and just go for it. That was eighteen months ago; we’ve been traveling internationally ever since.

Q: This is a question you (Amirah) and I have discussed several times personally. So can you tell us the “secret” to creating a Cool – Young – History? (How are you all able to “travel so much?!”)

A: There are so many “secrets” we use that I wrote a book describing the many ways you can go before you ‘have it all figured out.’ 101 Ways To Travel The World For Less Than $10 A Day, shares many of the ways that we can minimize our travel costs. We are location independent, by making our money online, which allows us to work from anywhere with WIFI. We also seize different opportunities that cover our travel expenses, ranging from partnering with businesses around the world to house sitting. By mixing up our stays and only leveraging our dollar when it’s strong, we’re able to comfortably travel indefinitely.

Q: How did you all find out about House Sitting?

Before we left, I tried to find as many travel opportunities as I could. House sitting was one of the first travel hacks I discovered, but honestly, I thought it was too good to be true, so I did not give it a shot. When we got to Europe, after six months in Central America, we lived in Italy for three months in a work exchange at a Bed & Breakfast. We met another couple from the States that had just finished house sitting in England. They told us we should try it, so I joined one of the networks and set up a profile. Since then we have house sit twice, once in England and again in Majorca, Spain. We will spend this summer on a Greek island, house sitting for three months. 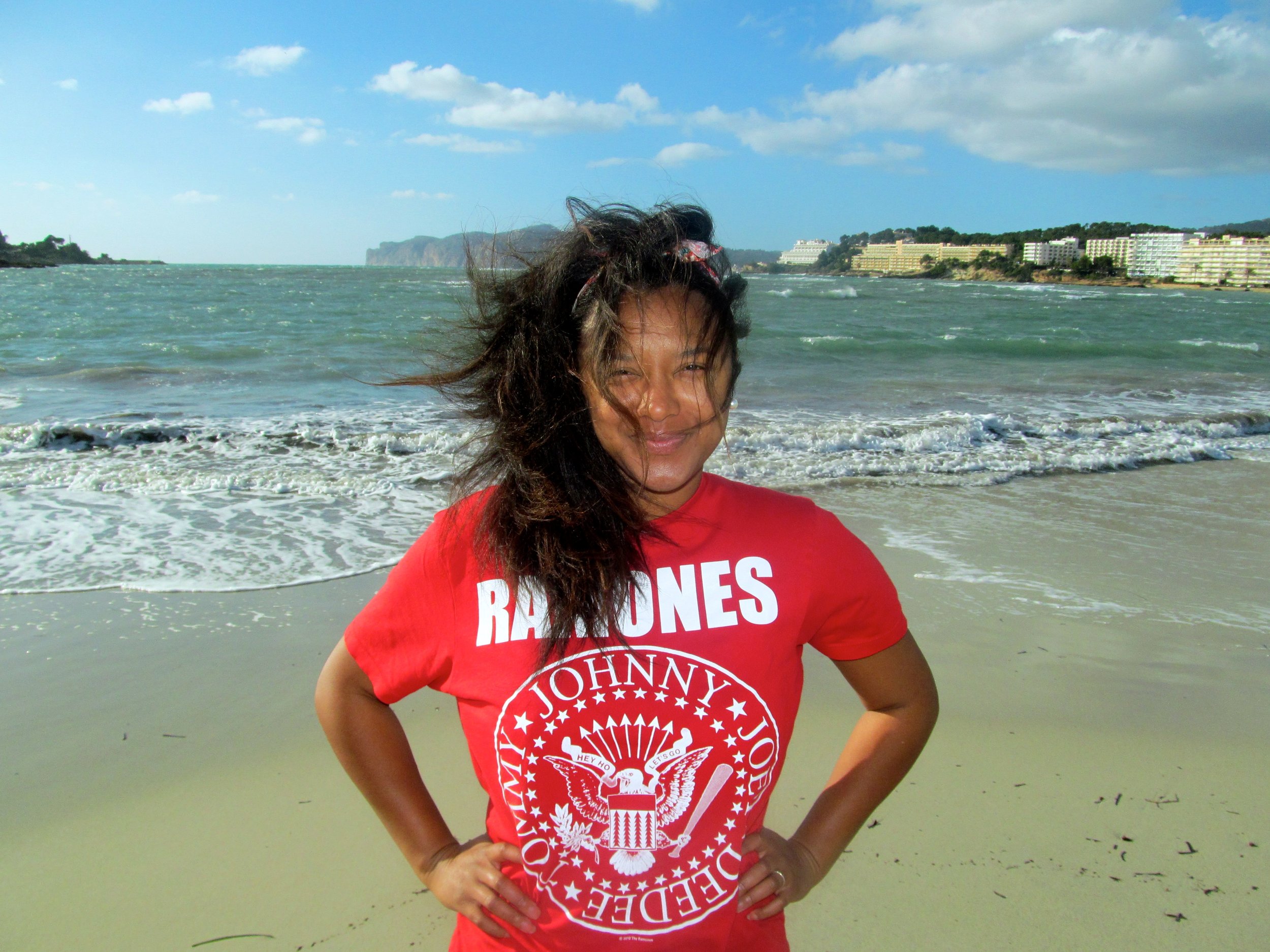 Q: What do you find are the benefits/ challenges with house sitting? More benefits I am sure!

A: There are challenges, which is the main reason we cannot house sit all the time. The major challenge for us is the responsibility that comes along with house sitting, which can range from just staying in the same location for an extended period to feeding pets. So while three months on a Greek island for free is great, we are unable to take on opportunities in different locations for three months. Our flexibility and time are two of our most valuable assets, so we like to leverage them how we want. The benefits are obvious; our accommodation is paid full, while we get to live in gorgeous homes in some of the most beautiful cities in the world.

Q: Can you tell us an interesting/funny story of what you have experienced being a young, Black traveling couple in Europe?

A: Living abroad in London was always a dream of mine, so we spent an extended stay in England. It was fascinating to us that people in England tend to assume black people are Jamaican. After World War II, The United Kingdom had a labor shortage and encouraged migration from it’s many colonies, notably Jamaica. For that reason, hundreds of thousands of Jamaicans migrated to London, making it one of the largest Jamaican Diasporas in the world. Because of this, people often assumed we were Jamaican while we were in England, which was fascinating and funny to us. Their slang even has a patois sound to it. I got the hang of their slang by watching ‘Top Boy,’ which according to me is the UK version of ‘The Wire.’

Q: Have you experienced any adversity while traveling through Europe?

Once we began traveling, I realized that I carried a subconscious layer of insecurity, particularly regarding my race. My father is an African-American historian, and I was raised with a large pride for my history, but as we traveled I would worry how we would be accepted (or rejected) in every region and country we visited, from Honduras to Holland. I worried that we would face racism and thought we might not be well received. I’ve found that traveling abroad is the first time I’ve ever felt like an American, which is how we have been treated, as Americans. We have not experienced any adversity in a

any of the places we have traveled.

Q: For couples that want to travel together, what would you say are some of the ways you all can make it “work”? Traveling and working together?

A: We’re best friends, and I don’t think we would be able to spend this much time together, without hurting each other, if we weren’t. Setting goals, both individually and together, plays a significant role in our strategy. Jarrell is an excellent artist, while I am a writer; developing our crafts has been a major goal for each of us, individually. Creating the lifestyle we want requires us to become entrepreneurs, so creating streams of passive income has always been one of our shared goals. 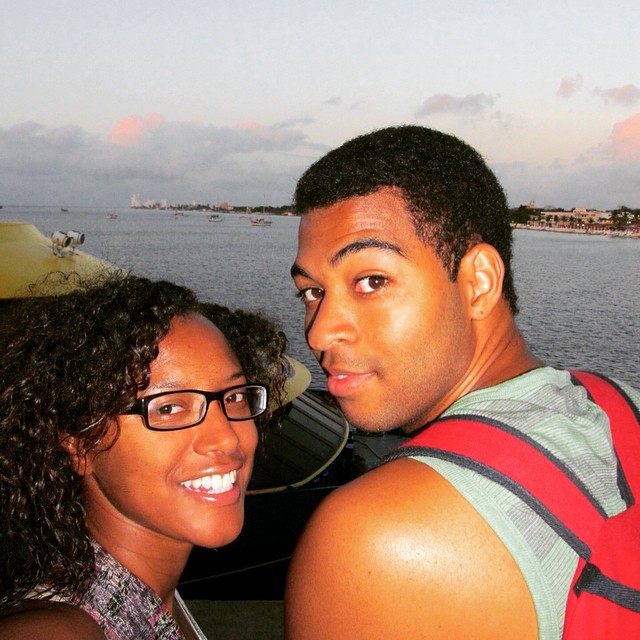 Q: I get this question rather often; “How long do you all plan to ‘live this life?’” as if it is something I need to give up at a point. So I ask you all, do you see this being a long-term lifestyle for CYH or just for now?

A: It’s a lifestyle change for us! I am an army brat, so I chose to move on my entire adult life. Jarrell enjoys living in new places even more than I do, so it is our dream lifestyle. Traveling internationally has only expanded our perspective. Now when we consider where we would like to live it is not limited to The United States. While many may think our lifestyle is unconventional, it is more rational than it may appear. We don’t just hop from hotel to hotel in cities around the world. Instead, we rent houses and apartments in different cities for extended periods, primarily test driving different lifestyles and locations. We live a pretty regular life; it just happens to take place in different cities around the world. With the Internet allowing us to be location independent, we can live wherever we want for as long as we want.

Q: What is CYH greatest piece of advice for those who want to actually pursue what they love?

Q: If we want to follow the journey of Cool Young History, where can we find you all?