The first time I had gone to China, I was a 17-year-old high school senior. In an international studies magnet program, we were granted an opportunity to go to various cities in China including Beijing, Chengdu, and even Tibet (one of my favorite places on earth).

China offers so many amazing historical sites including The Forbidden City, the Great Wall , beautiful temples, to name a few. In Tibet we fed pandas and met monks, in Beijing we took a hike to the top of a mountain where we snow tubed and made it on the local news, and I also had the opportunity to live with a Chinese family! Not to mention the culinary experience and shopping in town markets. 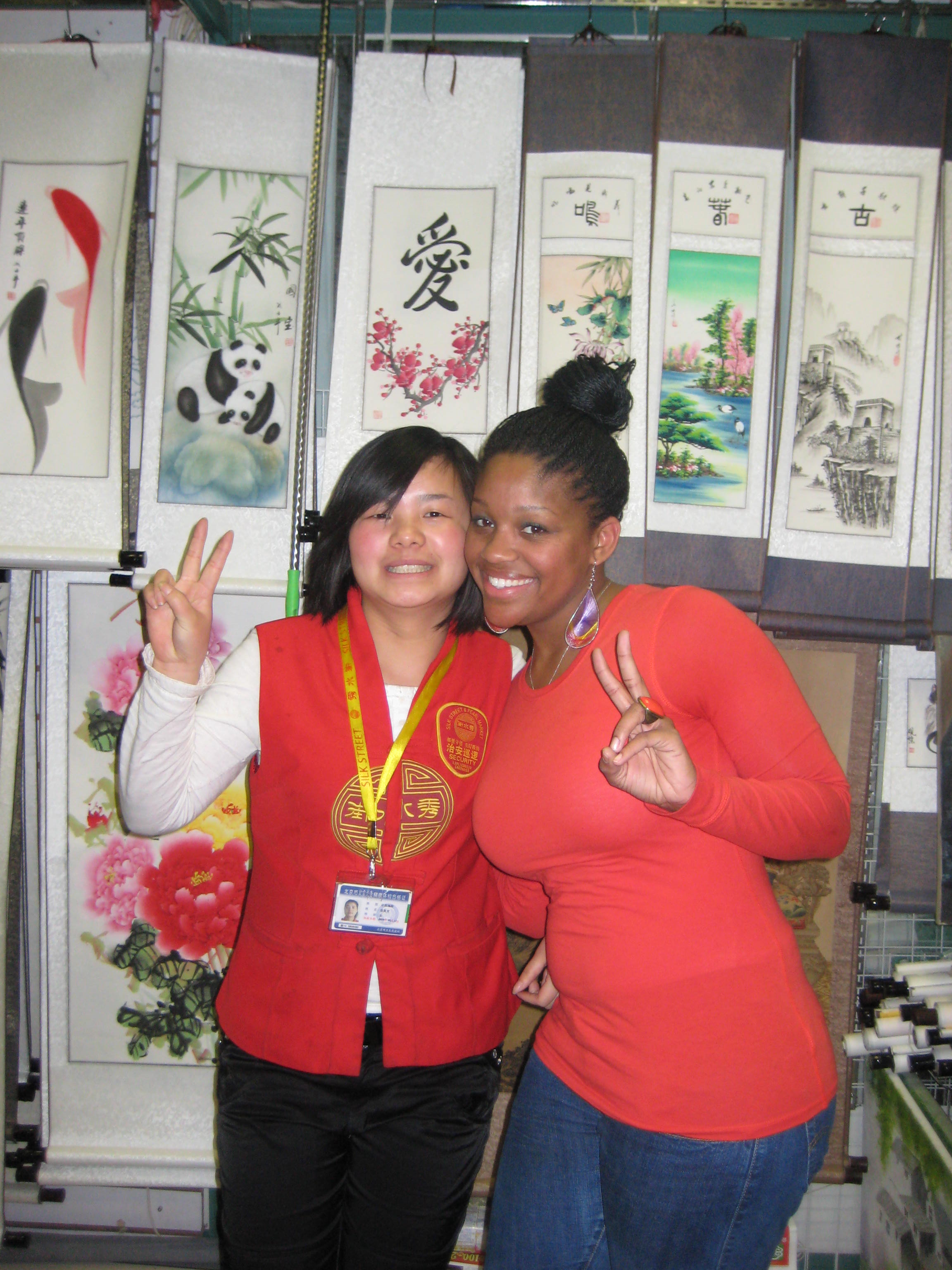 While all of the experiences were amazing, I was often stared at with no shame. I would be walking through town with my counterparts and people outside enjoying a bowl of soup would only gawk. There was even a time when an elderly woman came up to me and rubbed the brown skin on my hand! My translator told me that the lady once “read” about black people in books but never actually saw a black person in real life.

Her rubbing my hand was to ensure that I was in fact, real. Surprisingly, I was not mortified or offended. I realized that due to the Chinese Revolution, much of the outside world had been cut off from China only until the late 70’s.

Naturally, many people growing up during this time had never been exposed to many foreigners if at all. While this was one isolated incident, many small children would run up to me wanting to practice English with very limited conversation.

While the encounter with the elderly woman was the most extreme case that I have met, people stopping and staring at a young black traveler is not uncommon.

Here are three suggestions that will make your “traveling while black” experience more comfortable:

1. Be Open Let’s be honest, the majority of the Non- Western world does not see a large group of young, black travelers on a regular basis. Seeing young white travelers backpacking is rather common – we, unfortunately, are not. Keeping that in mind, be open to the possibility that you may be the first time an individual may have seen a black person in the flesh. Typically, the stares and gawking are out of sheer curiosity not to be offensive and rude.

2. Do Your Research Before traveling anywhere do research on the currency, history, but more importantly the culture. Learn what different hand signals and gestures signify, Look into social norms and currents events. This will help you gauge how to interact with the locals. Unlike the United States, in China, it is not considered rude to stare. To mitigate this, I would smile and say hello in the native language. With that, I would either make a new friend, or the gawking would cease.

3. Reach One, Teach One Do not allow what outsiders see in music videos and pop culture define the perception of young black travelers! Be willing to share with others about your culture and where you come from. There is much to learn from everyone, and everywhere we go. I remember being called a “nigger” by a Kenyan man while in Nairobi as if it were a term of endearment. His perception of the word was from American rap music; my attitude was very different. Over a beer and a burger, I politely explained the real meaning and impact of the word in my society.

Being Black beyond borders is an interesting and worthwhile experience! Above all, if you are to have an adverse experience based on your outside appearance, do not let that alter your travel experience! The world is meant for us all to explore, learn, and love each other.

How has your Black Beyond Borders experience been?

0 comments on Black Beyond Borders